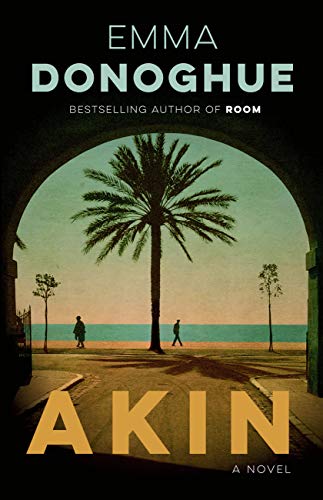 Noah Selavaggio will soon be turning 80 years old.  In celebration of this milestone birthday, he’s making plans to visit Nice where he was born.  He’s discovered some old photos taken by his mother that are quite puzzling and he hopes to find some answers in Nice.  However, just days before he leaves, he receives a phone call from a social worker asking that he temporarily take care of an 11-year-old boy, Michael, who is his great-nephew.  Noah has never met Michael but he’s the closet relative the boy has other than his mother who is in prison and his aunt whom they’re having trouble reaching.  Noah well remembers Michael’s father, Vincent, and feels obligated to take Michael along with him to Nice.

This book is on quite a different level than the other Emma Donoghue books that I’ve read.  There’s a lot more humor in this one and I enjoyed the witty sparring between this unlikely pair.  Michael is very foul-mouthed and can be quite obnoxious but knowing the life he’s led, his character is very believable.  I admired the patience Noah shows Michael but then again Noah also knows about loss.  He still has long talks with his deceased wife.  Both of these characters are brought to life with compassion and understanding.  Noah’s mother’s photos lead them on a hunt for the truth that is quite a heart wrenching one and made the book quite compelling.  Could it be that Noah’s beloved mother was a Nazi collaborator?

This book was given to me by the publisher in return for an honest review.